Frank has represented Wrea Green since the 2010 by-election. Having lived in the area for 39 years he has a good sense of the community and has been working hard to ensure Wrea Green doesn't lose its character and village feel by preventing brash and unnecessary building proposals from taking hold. Frank is particularly keen that villagers get their say when future development is proposed and is very keen to get the new Local Plan adopted.

One of the directives he has undertaken was as a Founding Director of 4gk Solutions Ltd, an organisation which helped small businesses and local charities. He also edits and maintains the wreagreen.com website. Every other month you can find him at the Men's Breakfast meetings. He also is an active member of the Wrea Green Tennis Club. Being a Navy man in his earlier years, Frank fully supports physical activities and his most recent fundraising pursuits have included trekking in remote areas of the Sinai Pennisular and Western Nepal to raise money for Release International and the Leprosy Mission respectively.

Frank is an active member of the church and chairs the Mission Group as well as helping to run one of the Church Home groups. Previously serving as the Building Committee Chairman for St Nicholas Church PCC, he was directly involved in building the church community centre and loves to raise awareness on how religion in communities plays a role - regardless of faith.

Through his policies and ideas he hopes to ensure Wrea Green moves with the times without losing its character. Working hard to ensure residents get the maximum benefit from the Council Tax they pay, Frank is both an approachable and attentive councillor who is always willing to listen to comments and views from people living in Wrea Green.

Frank served on the Management Team of Fylde Conservatives for a three year term and is Chairman of Wrea Green Conservatives. 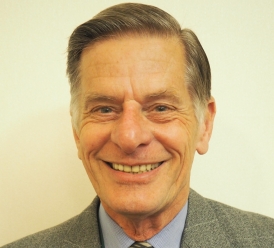