Mark grew up in Ardrossan, a small town on the Ayrshire coast, raised by his mother after his Merchant Navy father died a month before he was born. Mark's mother worked shifts at the local ICI factory to support them, giving him an early understanding of the importance of self-reliance and managing finances.

Mark attended his local primary school before benefiting from the assisted places scheme with a place at a nearby independent secondary. He graduated from the University of Glasgow in 1994 with an honours degree in economic and social history, and retains a strong interest in economics.
Mark has spent his working career in the retail sector. He joined Marks & Spencer as a graduate trainee in 1994 and has since worked in marketing for two of the biggest names in the UK supermarket sector, helping to deliver low prices and value-for-money for customers across the country. In 2007, he was the recipient of the IGD/Unilever Social Innovation Marketing award.

Marks main political priorities are UK energy security, changing the planning system to empower local communities and limit inappropriate development and ensuring a vibrant future for the defence industry within the UK. 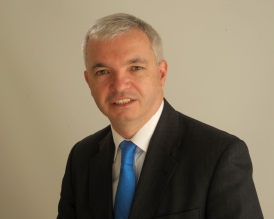