Peter has lived in St Annes nearly all his life and went to Clifton Primary and King Edward Schools. He spent my career at GRE (later AXA) until 2004 when redundancy caused a change of direction to teaching music. He has been involved with local orchestras and shows for several decades and has conducted Fylde Sinfonia Orchestra for the past twenty years.

In 2013, Peter was elected to represent the division of St Annes North on Lancashire County Council. Four years later in 2017, he was appointed Cabinet member for Community and Cultural Services which amongst other things has responsibility for our libraries and museums. It was his privilege to be the county councillor responsible for reopening 17 libraries that had been closed by a previous administration, transferring a further 5 libraries across to community groups, and reopening 3 of the County’s museums.

Since the May 2021 election, his responsibilities on the Cabinet have increased somewhat and as well as cultural services (libraries, museums, archives etc) his portfolio now includes the Registrations and Coroners services, trading standards, counter-terrorism, community safety, domestic abuse, welfare rights and Parish & Town Councils.  Peter is also on the board of Marketing Lancashire. 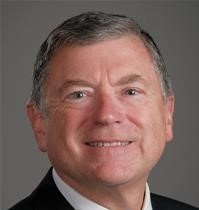