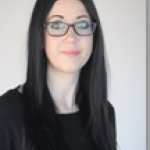 I have lived in the heart of St Anne’s for the past 13 years, and was educated at St Anne’s College Grammar and Blackpool and the Fylde College. For the past year I have worked at Heyhouses Church of England Primary School as a teaching and welfare assistant; my long term aspiration and passion is to become a special educational needs assistant, helping children with learning difficulties. I have been proud to represent Heyhouses ward for the past year and hope to continue working with the community to deliver an area we can all be proud to call home. As the youngest Fylde councillor I would be honoured to be re-elected and look forward to being joined by other young Conservatives in the forthcoming year. 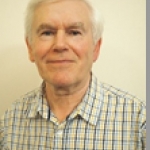 I have been on Fylde Council representing you for the last 4 years, using my 43 years business experience at BAE Systems to become heavily involved in the council’s budgeting process, ensuring the best use of your hard earned money. I want to ensure the council continues to be efficiently run, keeping services at a high level. In Heyhouses, I want to ‘green up’ many areas with trees and other attractive features to improve it visually. I am particularly keen on new leisure facilities and have been chairman of the Kite Festival since its inception. Finally, I am fully supporting our efforts to get the new M55 link road built quickly to ease congestion. 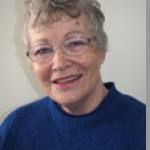 8 years ago, I wanted to help my community to have good Health, Housing and to keep our streets safe and clean. 4 years later, as Deputy Chair for Environmental, Health and Housing, I have worked hard with FBC and LCC Officers to achieve the many projects that pertain to this Committee for Heyhouses. I'm on two Health and Wellbeing Boards and am a Trustee for two local Charities. I've helped to improve the "back" of St Anne's into having a great infrastructure with well designed Housing for ALL, a Superstore, Gastro pub and a Care Home, keeping in touch with issues that may arise for residents. Please vote for me, so that I can continue with achieving more good things for you. 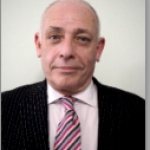 I have lived in St Annes for 10 years with my partner, Shirley, and our 3 rescue dogs. I have 2 adult daughters and a young granddaughter. I have been a commercial property surveyor since graduating and throughout my career have worked for both central and local government, a pension fund and a major UK property company. I have operated my own practice since 2000, initially a firm of Chartered Surveyors with offices in Liverpool and Manchester, and more recently a small specialist practice based in St Annes. I am currently a St Annes Town Councillor and a trustee of a Blackpool based charity for disadvantaged young people. If elected I will work hard for residents of Kilnhouse and Fylde generally. I am particularly interested in regenerating St Annes Town Centre and creating affordable housing to purchase in the Borough for young people. 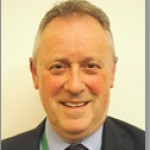 I have been very pleased to have been asked to represent my home ward of Kilnhouse in the Borough elections this May. My wife Pippa and I have lived and worked in the area for over thirty years, and our two children attended local schools. We have just recently retired from full time work in schools, so we know many people about the ward and the issues and concerns that affect you. I want to see good quality services at a price people can afford to pay. I shall work to see better facilities in Kilnhouse for all age groups. I shall also promise to work hard to avoid unnecessary developments that spoil our limited green spaces. I pledge that I shall always be available and respond quickly to your concerns. 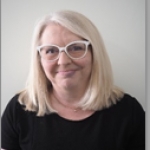 Shirley currently serve on the Tourism & Leisure, Licensing, and the Public Protection committees of Fylde Borough Council, as well as representing the council on the YMCA Partnership Board. She is also on the Policy & Resources Committee for St Annes Town Council and represents the Town Council on the St Annes Partnership Enterprise (STEP).

Shirley works in Fylde as the Office Manager for Mark Menzies MP, is a Governor at Clifton Primary School and Trustee of a Boys and Girls Club. 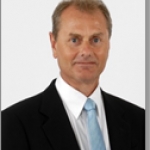 I have lived in Lytham St Annes since 1963 and Park Ward for 23 years. I am married with three boys all of whom, like me, were educated at King Edward VII School, Lytham. I am managing director and owner of four companies employing 150 people and have been in business for 37 years. I joined the Conservative Party in 1987 and served on the Park Ward committee for a number of years. My hobbies include reading, mainly political biographies and I am a member of Fairhaven Golf Club. I have the honour of being a Freeman of the City of London. 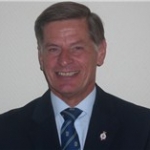 Frank has represented Wrea Green since the 2010 by-election. Having lived in the area for 39 years he has a good sense of the community and has been working hard to ensure Wrea Green doesn't lose its character and village feel by preventing brash and unnecessary building proposals from taking hold.  Frank is particularly keen that villagers get their say when future development is proposed and is very keen to get the new Local Plan adopted.

One of the directives he has undertaken was as a Founding Director of 4gk Solutions Ltd, an organisation which helped small businesses and local charities. He also edits and maintains the wreagreen.com website. Every other month you can find him at the Men's Breakfast meetings.  He also is an active member of the Wrea Green Tennis Club.   Being a Navy man in his earlier years, Frank fully supports physical activities and his most recent fundraising pursuits have included trekking in remote areas of the Sinai Pennisular and Western Nepal to raise money for Release International and the Leprosy Mission respectively.

Frank is an active member of the church and chairs the Mission Group as well as helping to run one of the Church Home groups. Previously serving as the Building Committee Chairman for St Nicholas Church PCC, he was directly involved in building the church community centre and loves to raise awareness on how religion in communities plays a role - regardless of faith.

Through his policies and ideas he hopes to ensure Wrea Green moves with the times without losing its character. Working hard to ensure residents get the maximum benefit from the Council Tax they pay, Frank is both an approachable and attentive councillor who is always willing to listen to comments and views from people living in Wrea Green.

Frank served on the Management Team of Fylde Conservatives for a three year term and is Chairman of Wrea Green Conservatives. 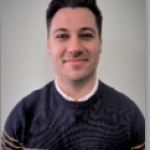 I was brought up in Lytham and attended Hall Park Primary school, completing my education at King Edward VII and Queen Mary School. Upon leaving school, I worked in management positions for several companies, but always desired to start my own business, which I successfully set up 5 years ago in Lytham Town Centre. I have been actively involved in ensuring the high street remains a thriving hub of independent shops serving the community. I am an active member of the Lytham Business Partnership and helped to set up the Lytham Community Fund. I believe we have such a special and unique place here in Lytham, and if elected, I will do all I can to ensure it stays that way. It would be an honour for me to represent St Johns Ward as a Conservative Councillor, and my commitment to the success of St Johns and Lytham would be of paramount importance. 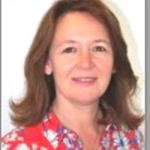 I was born in St Annes War Memorial Hospital and my family home was on Highbury Road East. I went to Heyhouses and Queen Mary Schools and later qualified as a solicitor. In 2012 I began lecturing law at the University of Central Lancashire where I manage the free Law Clinic. I was elected to Fylde Borough Council in 2007, have been privileged to hold the Finance Portfolio since 2011 and became Deputy Leader in 2014. In 2015, when the council changed to the committee system, I became Chairman of the Finance & Democracy Committee. I have been involved in bringing about many changes to the ward since elected, including the installation of new bus shelters, a new play area at Frobisher Park and barriers to prevent encampments. My work at UCLan is part-time, allowing me time for public service which is greatly rewarding. I would be honoured to continue working for you as your ward councillor.